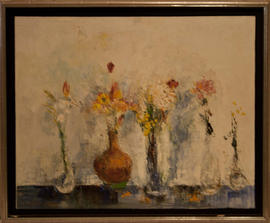 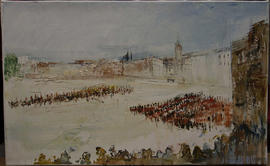 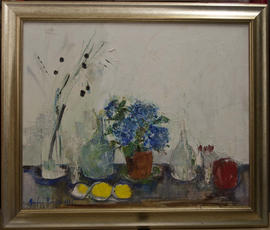 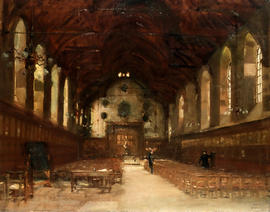 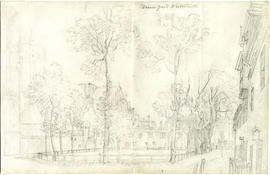 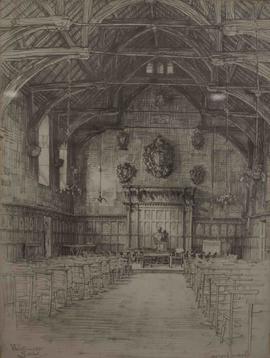 Drawing showing the north end of school with the original hammer-beam roof with chairs laid out for prayers. 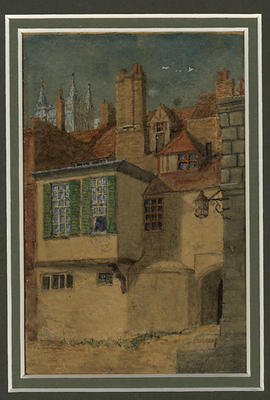 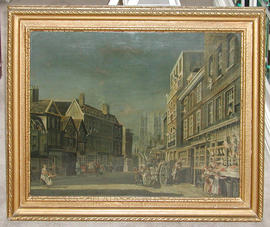