Master Phillimore by a member of the English School

Full-length portrait of Phillimore standing; he wears smart dark green clothes with white cravat and stockings and carries a hat, not a mortar-board; he wears black buckled shoes and his right hand is tucked inside the lapel of his coat; he appears to be aged about 15; in the background is a dark wall behind Phillimore, and a patch of landscape to the right. 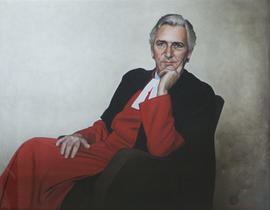 Three-quarters length; Rae reclines with his body facing the left of the picture, although he is portrayed full face; he supports his head with his left hand; he wears red robe, academic collar and gown. Signed l.r.: Richard Stone 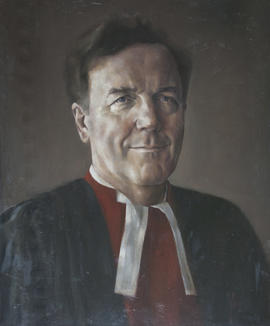 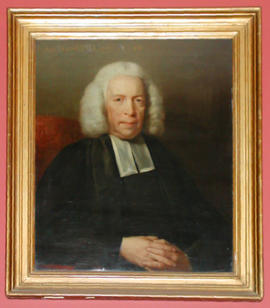 Dr. John Nicoll by a member of the circle of Sir Joshua Reynolds 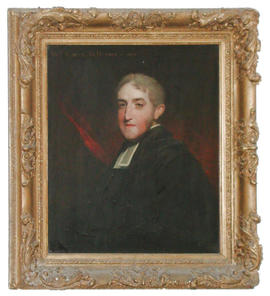 Half-length portrait in black academic dress and collar, standing facing the left of the picture, Carey's head is turned so as to be almost full face, a red curtain is draped behind him. Inscribed in 19th Century hand, top left 'Wm Carey D.D. 1803-14'. 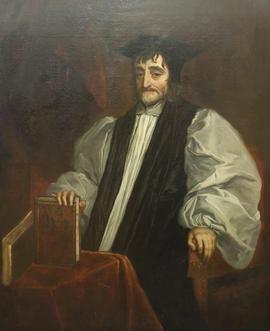 Three-quarters length portrait; seated at a table, turned to the left, right hand on upright book, left hand on arm of chair, episcopal robes and mortar board, moustache and untidy fringe; curtain in the background. 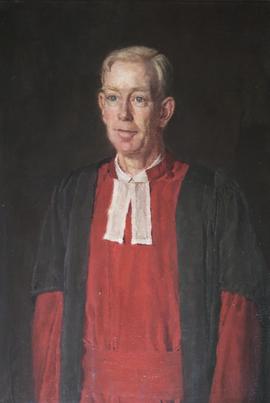 Half length portrait of Christie standing, wearing a red cassock and a black gown; his head is turned slightly to his right. 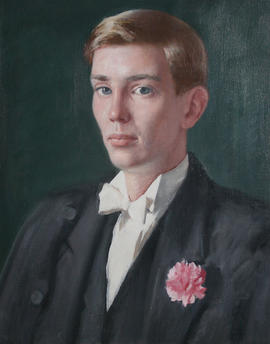 Head and shoulders, turned to the left; he wears a scholars' dress with white bow tie, and pink carnation, green background. P.L.M Sherwood was Captain of the King's Scholars in 1958. 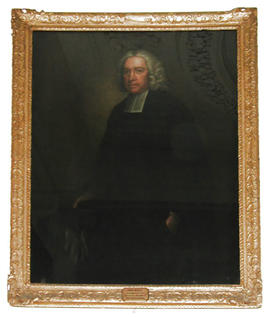 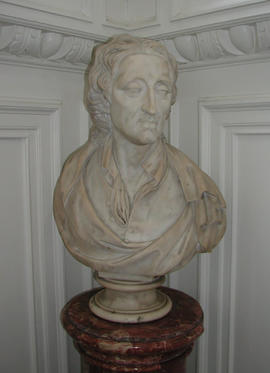