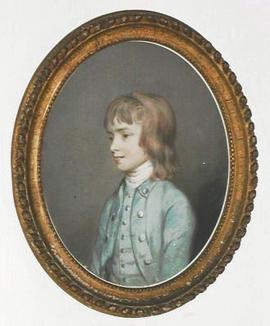 ASHBURNHAM, BERTRAM, 4TH EARL OF ASHBURNHAM, eldest son of George Ashburnham, 3rd Earl of Ashburnham (qv), and his second wife; b. 23 Nov 1797; adm. Midsummer 1811; left 1814; succ. father as 4th Earl of Ashburnham 27 Oct 1830; DL JP Sussex; a famous collector of rare books and manuscripts; he is said to have started his collection in 1814 while a boy at the School, by the purchase of a rare copy of the Secrets of Albertus Magnus for eighteen pence at Ginger’s shop in Great College Street, and to have continued buying with unwavering judgment and success until a few months before his death; m. 8 Jan 1840 Katherine Charlotte, dau. of George Baillie MP, Jerviswood, Lanarkshire, and sister of George Baillie-Hamilton, 10th Earl of Haddington; d. 22 Jun 1878.

ATTERBURY, FRANCIS, brother of Lewis Atterbury (qv); b. 6 Mar 1662/3; adm.; KS 1674; elected head to Christ Church, Oxford 1680, matr. 17 Dec 1680, aged 17, Westminster Student 18 Dec 1680-94 (void, perhaps on marriage), Tutor 1687-90; BA 1684; MA 1687; BD and DD 5 May 1701; replied to Obadiah Walker’s attack upon the Reformation 1687; assisted his pupil Hon. Charles Boyle in his defence of the genuineness of the Epistles of Phalaris against Bentley; ordained; Lecturer, St. Bride’s, London 1701; Chaplain in Ordinary to William III and Queen Mary, subsequently to Queen Anne; warmly opposed Erastianism and protested against the suppression of Convocation; Archdeacon of Totnes 11 Jun 1701-13; Prebendary of Exeter 6 May 1704; Dean of Carlisle 2 Oct 1704; Prolocutor of Lower House of Convocation 1710; Dean of Christ Church, Oxford, 28 Sep 1711-3; installed Dean of Westminster 16 Jun 1713 and consecrated Bishop of Rochester 15 Jul 1713; although he took part officially in the coronation of George I, he refused to sign the declaration of confidence in the government after the rebellion of 1715, and subsequently was in direct communication with the Jacobites; arrested and imprisoned in the Tower 24 Aug 1722, for his alleged connection with an attempt to restore the Stuarts; a bill of pains and penalties was passed through the House of Commons, and carried in the House of Lords by 83 votes to 43; deprived of all his ecclesiastical preferments 1 Jun 1723, and banished from the kingdom; visited in the Tower by some of the senior King’s Scholars before his departure; resided first at Brussels and afterwards in France as general adviser to the Old Pretender; a man of marked attainments, but cursed with an imperious and aggressive temper, and possessed of “a rare talent for fomenting discord”; his old friend George Smalridge (qv), who succeeded him both at Carlisle and at Christ Church, used to say that “Atterbury comes first and sets everything on fire, and I follow with a bucket of water”; regarded as one of the leading preachers of his day, and in Addison’s opinion was “one of the greatest geniuses of his age”; much to the annoyance of Old Westminsters, Atterbury removed the Election in 1718 from the School to the Jerusalem Chamber, and put down the Election Dinner (HMC Portland MSS, v, 561, vii, 275); owing to his insistence the new Dormitory was built on its present site, the first stone being laid 24 Apr 1722; Busby Trustee from 27 Feb 1705/6; m. c. 1695 Catherine Osborne; d. in exile in Paris 22 Feb 1731/2 and buried privately in the south aisle of the nave of Westminster Abbey 12 May 1732. DNB.