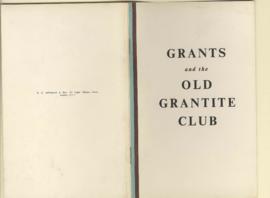 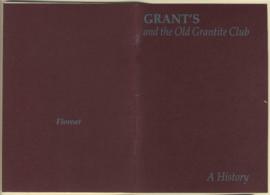 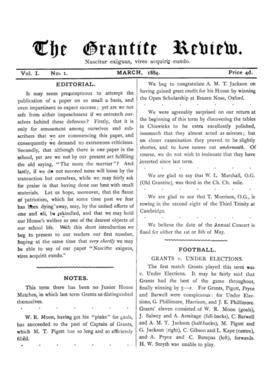 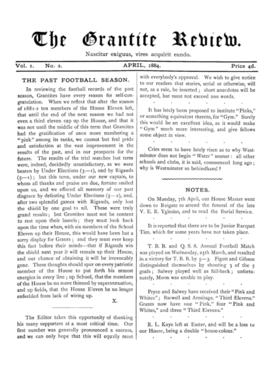 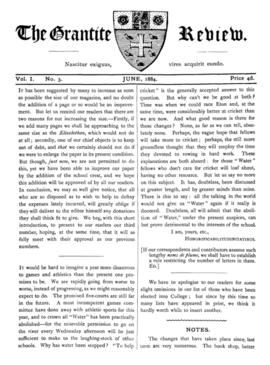 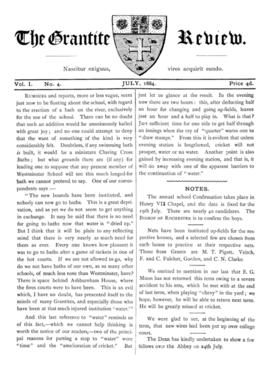 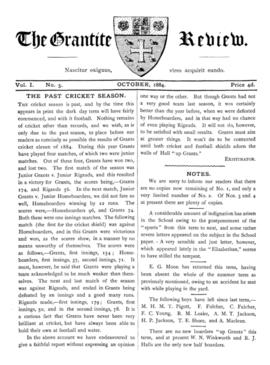 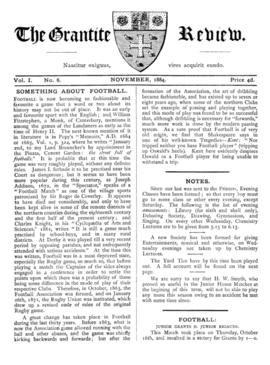 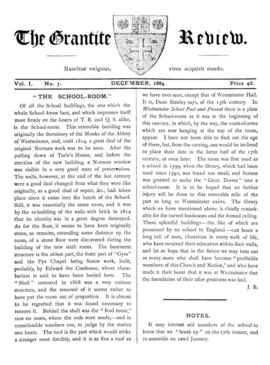 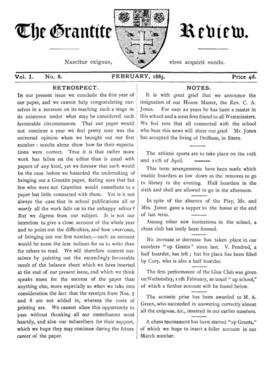 Grant's House derives its name from the Grant family, and specifically John Grant and then his wife Mrs Margaret Grant who became a tenant in Little Dean's Yard in 1749 and 'Dame' of the House after her husband died. Like Rigaud's House it can be traced back to Vaughan's House which occupied the site of the present building. In 1765 Mrs Grant moved into the large House on the south side of Little Dean's Yard, originally built in 1789, which is the site of the present Grant's House. The House passed through various members of the Grant family until the Rev. James Marshall was appointed Housemaster in 1847, but retained the name Grant's House. Early members of Grant's House include Lord John Russell, Charles Longley and George Keppel. Another influential member of Grant's House was Lawrence Tanner (G 1905-1909). He was Head of Grant's House (1908-1909) and later president of the 'Old Grantite Club', and a diligent historian of the House. He complied lists of Heads of House and members of the House and worked extensively on preserving the history of Grant's House, writing books on the history of Westminster School, including Westminster School its Buildings and their Associations (1932) and Westminster School: A History (1934).

In 1884 the first edition of the 'Grantite Review' was published which is claimed to be the oldest House magazine in the school.

Alterations to the building were made during the nineteenth century, but the first significant alterations were made in 1921 when a new Hall was made out of the old Chiswicks. During the second world war the House was evacuated three times; first the Lancing, then Exeter and finally to Fernie Bank. Under the Housemaster Mr J. M. Wilson (1948 - 1963) the Hall and adjoining buildings at the back of Grant's house were rebuilt and completed in 1955. The 1960s marked a new era for Grant's House with a change in atmosphere, as authority and rules were questioned. During the 1970s and 1980s the individual character of the House dissipated and gave way to a more general Westminster School character, as the School became more unified. By 1985 boarders at the House were in a minority. Grant's was one of the last Houses to take in female members.

The origins of the 'Old Grantite Club' are not clear but it is thought to have been founded at a meeting of four Old Grantites in 1921. It was a club which alumnus of Grant's House could join, and took on its modern day form in 1926 with the aim of strengthening and promoting the comradeship of Old Grantites through reunions. The club donated money to Grant's House to help with building work and also the publication of the 'Grantite Review'. It also attempted to acquire paintings of the Grant family for the House. In 1981 women were allowed to be elected as members of the Club.

This catalogue was prepared by Emma Down, student at UCL, at Westminster School Archive, April-May 2013.