A circular bowl, the body half fluted, the upper part decorated with swags, engraved "Presented by R T Squire, President of the Elizabethan Club 1955" UNLOCATED - detail appears on Sotheby Valuation of 13 July 1981 and Spink & Son valuation of 28 Feb 1979. Unlocated. 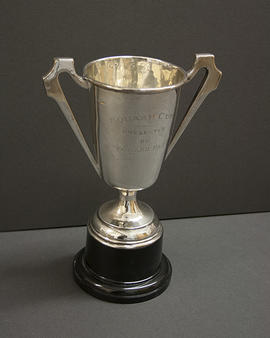 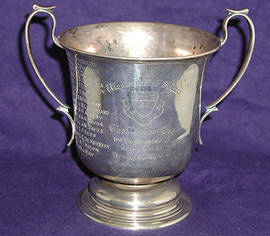 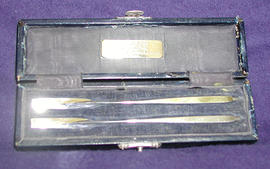 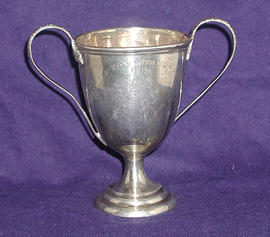 Half Mile With Hurdles Cup

Inscription: Half Mile with Hurdles'. Not loaded. No cover. 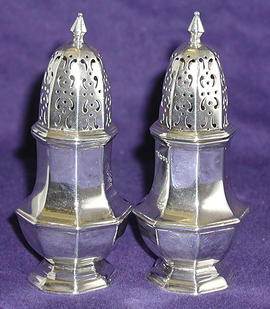 Pair of pepper casters, engraved with a bird of prey 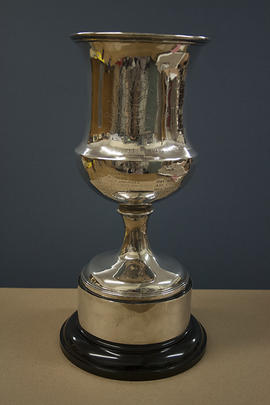 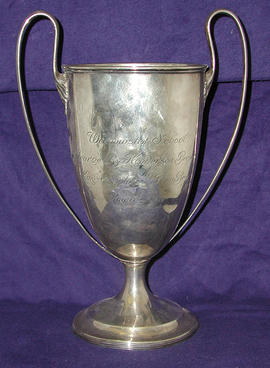