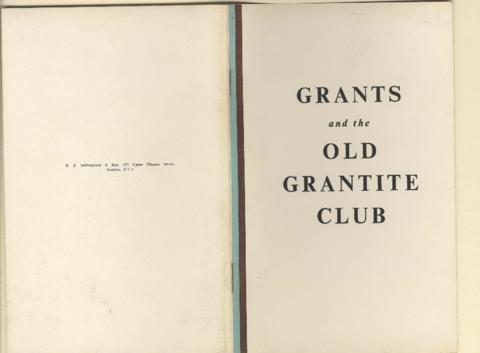 Grants and the Old Grantite Club

This booklet contains a short history of Grant's House and the Old Grantite Club. It is based largely on the work of Lawrence Tanner (G 1905 - 1909) and was edited by him. At the back of the booklet are lists of Grant's Housemasters, Heads of House and Presidents of the Old Grantite Club. There are also two inserts at the front, of a printed letter asking Old Grantites for donations for a new edition of the booklet, and a hand written letter from Marjorie Murray-Rust, the widow of Thomas Moray Murray-Rust, Housemaster of Grant's (1935 - 1948).