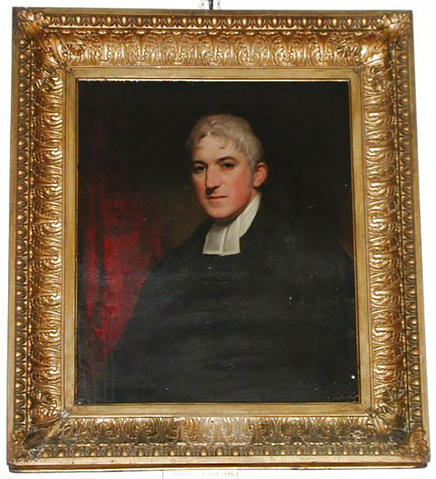 Probably painted for the school, or bequeathed upon Carey's death. It is listed by Sargeaunt in 1921. There is a three-quarters length version at Christ Church. An autographed version, weaker than this is also in the school's possession, the chief differences being that Carey looks younger in this version and his side whiskers are much less profuse.