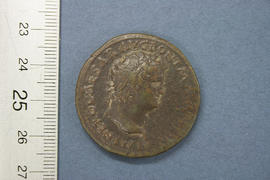 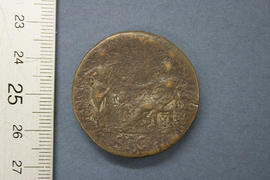 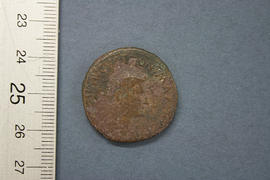 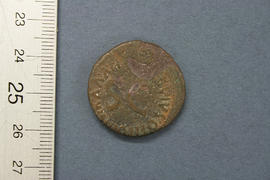 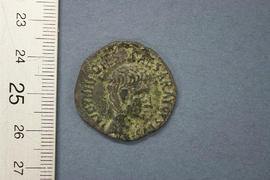 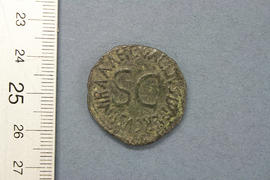 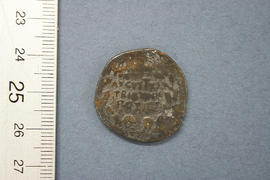 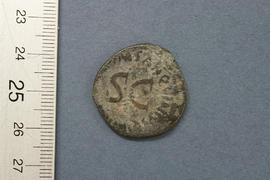 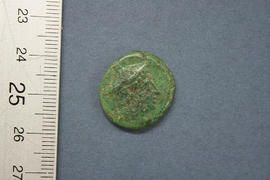 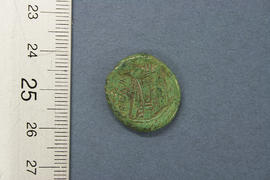 The collection's origins lie in an extensive teaching group of classical coins, above all Greek coins from the city states of the fifth century BC, and Roman coins of the republic and the early principate. The nucleus of the classical collection was formed of Roman coins, bought in a private sale of British Museum duplicates in 1873, and Greek coins presented in the same year by Sir David Dundas, an Old Westminster and former Judge Advocate General.

Dr. Charles Broderick Scott, the Head Master at the time, decided to accept the British Museum offer and to begin the formation of a school collection. Within a few years he had received not only the Dundas gift but also other valuable contributions of classical coins, including a group of nine Greek coins bought from peasants by a Master of Trinity, the Rev. W.H. Thompson, during a tour of Greece in 1873.

The teaching collection was not largely used and has been through periods of neglect and upon inspection, each time coins were found to be missing. The first of these periods of neglect ran from the retirement of Dr Scott in 1883 until the late 1920s, when Richard S. Chalk compiled a catalogue, dividing the collection into 'Greek', 'Roman', 'English' and 'Miscellaneous' divisions. In the 1930s the collection was again neglected, and disappeared from view during the war. It was in this period that the coins selected for display in the Library were stolen and have never been recovered.

In 1950, John Porteous discovered a collection of Roman coins which transpired to be G. Murray Hill's gift from the late 1920s. Together with the addition of P.G. Waterfield's extensive collection of late English coins, in 1954, the School could claim to have a comprehensive and well balanced collection of coins. N.G. Rhodes, then treasurer of the Royal Numismatic Society, and H.E. Pagan, then editor of the British Numismatic Journal, compiled the last and definitive catalogue of the collection, and published a full account of the Anglo-Saxon coins in B.N.J.XXXI (1962). The Anglo-Saxon coins were sent to the Ashmolean on loan, and the remainder of the collection was locked up, due to its value and increased security problems.

The decision to sell the collection in 1976 accorded with the spirit of the times, when the Minister of Education recommended that universities sell their art treasures. The sale at Sotheby's on Wednesday 26th and Thursday 27th April 1976, contained most of the Westminster School coins, however, acting on instructions from the Governors, a small teaching collection has been retained within the School.

The Westminster numismatic collection comprises of 170 coins, dating from the fifth century BC to 1962. Amongst the collection are rare coins, as well as forgeries and electrotypes (a process invented around 1850). One of the coins in the collection has a special interest for the school, a Trade Token of 1796 bearing the image of a Westminster scholar (NUM.131). This collection is a small part of the School's extensive coin collection that was sold at auction in 1976.

Two manuscript catalogues of the school's coin collection were made. The first was compiled by Richard S. Chalk (OW) in the 1920s. The second was created by H.E. Pagan (OW) and N.G. Rhodes (OW) in the early 1960s.